Peredur Hails Report As A Significant Boost for Welsh Independence 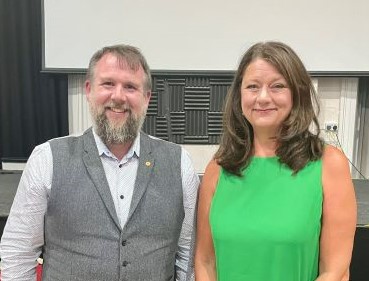 Plaid Cymru MS Peredur Owen Griffiths has called a report on the constitutional future for Wales a “vital boost” for the independence campaign.

Independence for Wales is a “viable” future constitutional option for Wales, the landmark Independent Commission on the Constitutional Future of Wales’s interim report has concluded.

The Commission, chaired by former Archbishop of Wales Rowan Williams, and Professor Laura McAllister, of Cardiff University’s Wales Governance Centre, was established by the Co-operation Agreement between Plaid Cymru and the Welsh Government in November 2021 to consider and develop options for fundamental constitutional reform of the United Kingdom alongside progressive principal options to strengthen Welsh democracy.

Its interim report, published today (Wednesday 7th December 2022), concluded that “the status quo” or “unwinding devolution” were neither “reliable” nor “sustainable” basis for the governance of Wales in the future.

Commenting on the report, Peredur said: “This report is encouraging for anyone that support independence for Wales. It shows that independence is not, as unionists would have you believe, a pipe dream.

“It is a vital boost for the cause because it is a viable option in the words of this independent commission.

“This is not just good news for supporters of independence but it is also good news for anyone who is indy-curious or simply takes an interest in this debate.

“The report provides some much-needed information and evidence to further the debate and stimulate conversation about what an independent Wales could look like now that we now that it is a viable option.”