The “Blight of Litterers” in Our Beautiful Valleys 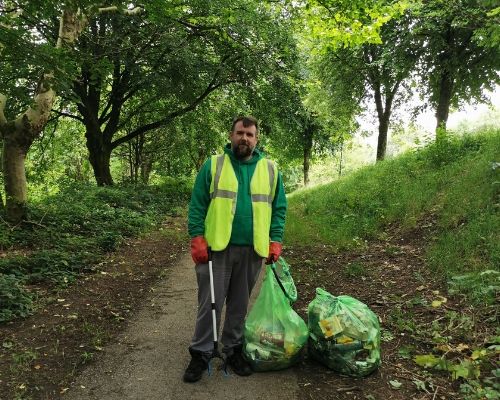 Plaid Cymru took to the streets of Ebbw Vale to put their words into action and tackle some of the litter that has been piling up along roadsides since the re-opening of a local fast food outlet. Blaenau Gwent candidate in the 2021 Senedd Elections, Peredur Owen-Griffiths has called it a “blight” on the Blaenau Gwent valleys.

When Mr Owen-Griffiths launched his campaign against littering on 4th June, he hadn’t appreciated just how many people were frustrated with the situation. During lockdown, many locals had taken it upon themselves to clear up the streets. But when a local fast food drive thru opened up again on 2 June, after months of lockdown, it wasn’t long before litter started appearing along the roadsides again.

“The solution to the problem is simple - people should dispose of their litter sensibly. But when it’s not just one or two people, and the current deterrent of fining people doesn’t seem to be working, something else has to be done.

“We started with the petition calling for Welsh Government to intervene, but in the meantime, we wanted to do something practical. There are some fantastic people out there already picking up litter on a regular basis. I’ve been encouraged by Brynmawr Litter Heroes and Ebbw Vale Litter Heroes, and I hear there might be a similar group starting in Tredegar. But in the meantime the litter keeps on coming.

“When I spoke with my constituents, the idea that really resonated was for fast food outlets with drive thrus to print car registration numbers on packaging. The technology already exists in car parks, so why not on fast food packaging? Anything to stop the blight of litterers in our beautiful valleys.” 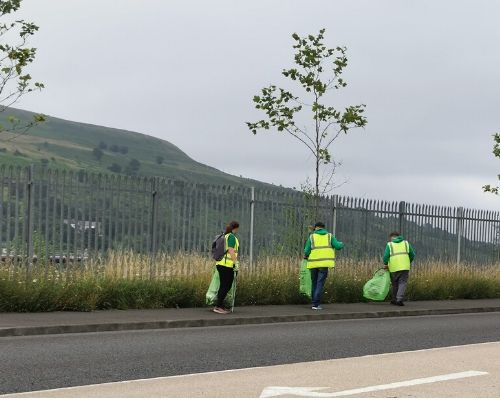 At time of print, Mr Owen-Griffiths’ original petition has been signed by 3,371 people. The petition calls on Welsh Government to make it compulsory for fast food outlets with drive through facilities to print car number plates on all packaging so that litter can be traced. People in other parts of Wales have since started similar campaigns, so Mr Owen-Griffiths hopes it will gain traction, and Welsh Government will step in to intervene.

Ebbw Vale resident Gemma Marshall called it “really disheartening” to see the litter reappear but was really pleased when Plaid Cymru Blaenau Gwent decided to try a socially distant litter pick in her town, and was keen to get involved in the pilot run.

“We decided to start small, to see how it would work, and to map out a route. We were really encouraged by the number of locals that thanked us while we were picking up litter, but it was really disheartening to see how many bags just 5 of us filled in 2 hours. Especially as we know Ebbw Vale Litter Pickers have been hard at work all through lockdown. We hope it’s something we can open up to more people soon. The more people get involved, the greater the awareness of the problem and we hope it will make people think twice before dropping their litter on our streets, in our parks and in our gardens.”