Pred and Delyth Back Justice for Reggie Campaign 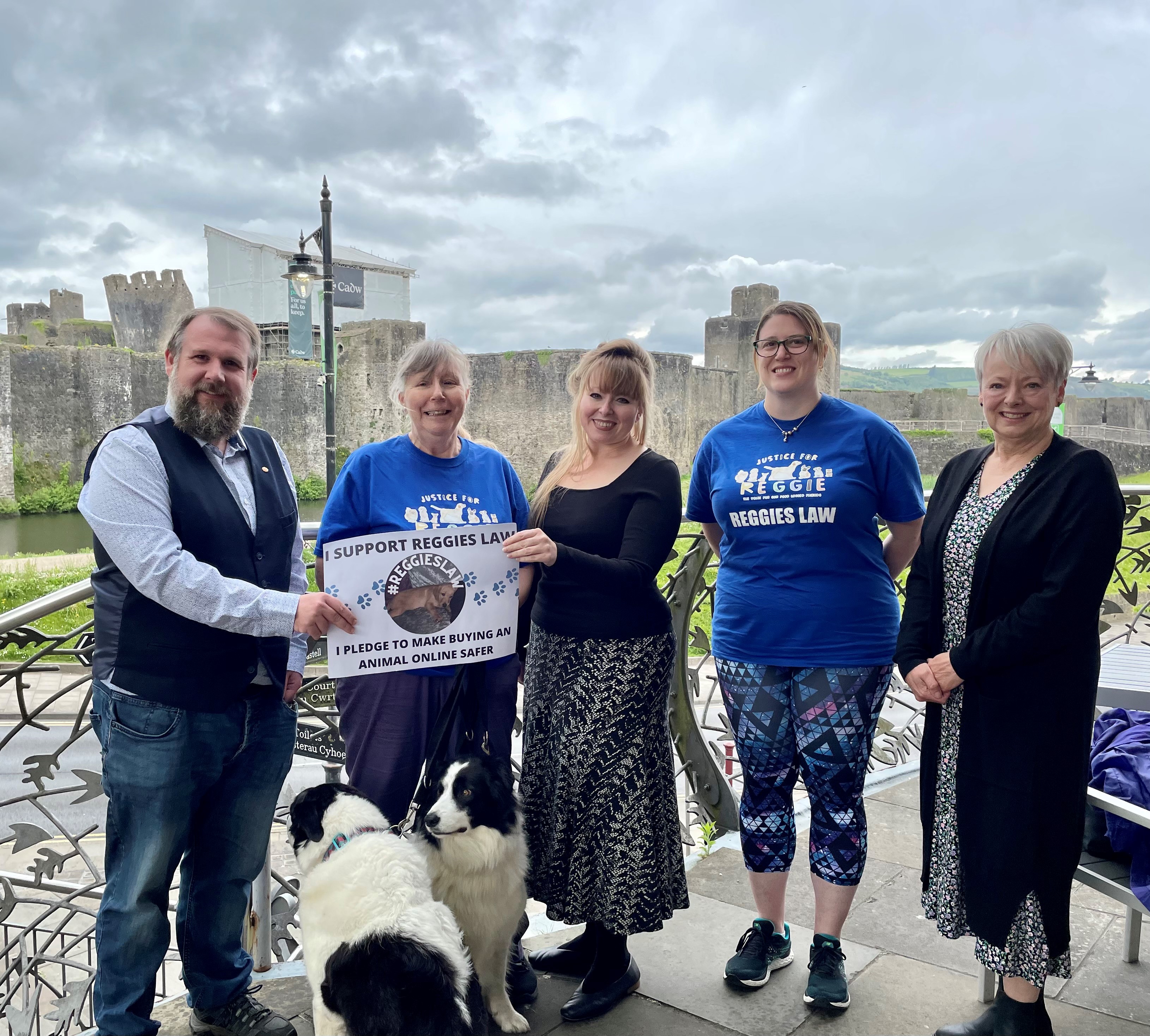 Plaid Cymru Members of the Senedd met with a campaign group looking for tighter regulations on the sale of puppies.

Peredur Owen Griffiths MS and Delyth Jewell MS have agreed to back the Justice for Reggie campaign which seeks to clamp down on rogue puppy sellers who often breed dogs in poor conditions, do not raise the puppies in appropriate conditions in the first few weeks of their lives and then transport animals in cramped vans or lorries when the animals are already vulnerable.

The campaign was established after a 12-week-old puppy Reggie died in December 2020 after having parvovirus. His new owners had owned him for just four days.

It transpired that the paperwork they were provided with by the seller was forged. It also emerged that the puppy had not received the vaccinations he should have had and had been transported over from Ireland.

That experience led to the family setting up a campaign to improve puppy welfare and tighten regulations around the sales of puppies.

This week in Caerffili, Peredur and Delyth met with some of the campaign team from Justice for Reggie to hear more about the reasons why changes are needed.

Peredur said: “Both Delyth and I were grateful for the insight that the campaigners from Justice for Reggie gave us. A lot of money is being made by rogue puppy breeders who seem to care very little about the welfare of the puppies they are selling and the dogs they are using to breed them.

“There is a clear need for tighter regulations to prevent more horror stories like what befell Reggie from happening again in future.”

Delyth said: “The stories about the conditions in which dogs are bred and puppies are reared are harrowing.

“While the responsibility for much of the legislation changes needed rest with the Westminster Government, we will be looking to see what pressure can be brought to bear from within Wales to achieve a positive result.”