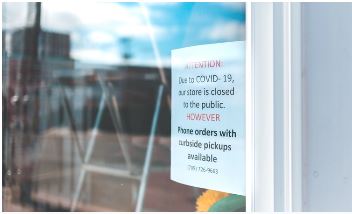 Whilst still backing a cautious ‘health-first’ approach, Plaid Cymru have urged the Welsh Government to ‘forever test and challenge’ its own advice, so Wales can lift restrictions as fast as is safe to do so.

First Minister Mark Drakeford will announce a review of the restrictions tomorrow (on Friday).

Citing concerns over wellbeing, and mounting economic worries, Plaid Cymru Health Minister Rhun ap Iorwerth MS said the Welsh Government had to “convince people” that it was moving ahead as “quickly as possible” in the safest way.

Mr ap Iorwerth said ministers should be “continuously” testing, challenging and modelling the scientific advice it receives and called on the Government to provide a “much clearer roadmap” of how it plans to ease restrictions over coming weeks.

The Shadow Health Minister also stressed that a “robust, fast-working and far-reaching” test and trace regime was vital.

Plaid Cymru Shadow Minister for the Economy, Helen Mary Jones MS added that the health and wellbeing of people “must come first” but called on the Welsh Government to provide guidance to Welsh businesses on how they can open up safely - including detailed sectoral guidance for specific sectors including the tourism and hospitality sectors.

“Wales’s adherence to restrictions has been very good, and this has been key to driving down infection rates and veryone can take credit for that. But as time goes on, inevitably people will become more and more frustrated at missing loved ones and deepening financial worries.

“Welsh Government has to convince people that it’s trying to move ahead as quickly as possible, and that it’s doing what it can to bring about a ‘new normal’ – including allowing business to open up gradually and safely and allowing people more flexibility to spend time with loved ones.

“It’s not about compromising on safety, it’s about transparency. Neither is it about comparing with what’s happening in any other one country – including England. Wales must do what’s right for Wales. But it is about seeing what international evidence as a whole tells us it is safe to do, and how quickly it can be done, with the correct precautions in place – including a robust, fast-working and far-reaching test and trace regime.

“Ministers need to be continuously testing and challenging the advice they receive, and modelling options for moving forward, and to do so in as public a way as possible. There’s no reason why the Government can’t provide a much clearer roadmap of how it hopes to lift restrictions in coming weeks - .”

“People’s health and wellbeing must always come first but at the same time we have to be aware of the economic impact of all this.

“Welsh business are desperate for more clarity. That’s why we’re calling on the Welsh Government to provide urgent guidance to Welsh businesses on how they can open up safely. Detailed sectoral guidance should also be given to specific sectors including the tourism and hospitality sectors who are facing economic oblivion due to this crisis.