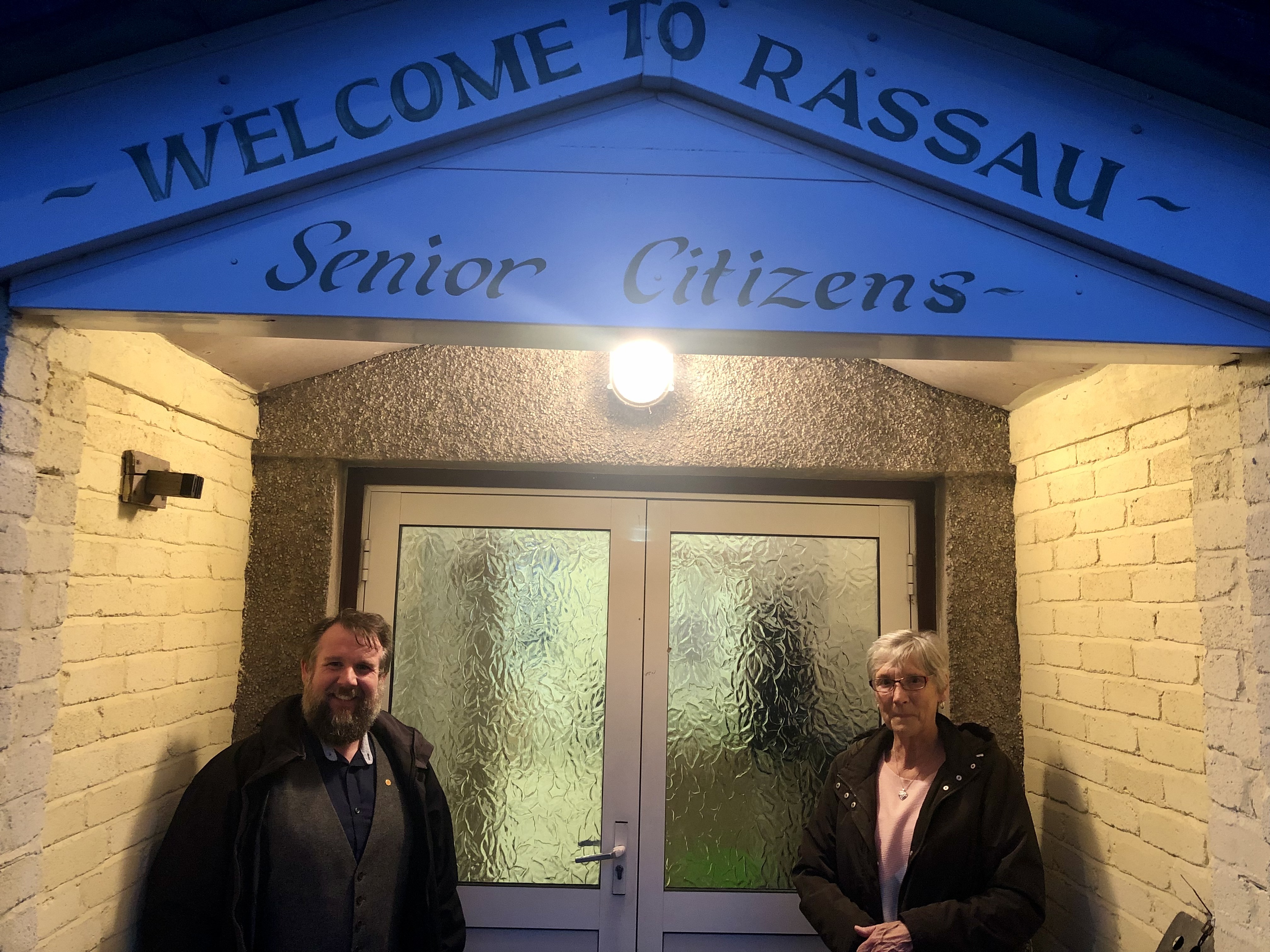 It is sometimes easy to get jaded by the plethora of national and international days littered throughout the calendar marking one thing or another. Occasionally, I come across a day which really resonates with the issues that matter to the communities I represent across South Wales East which also dovetails with my portfolio responsibilities for Plaid Cymru.

Today is one such day for it is the UN International Day of Older Persons. Older People is a significant part of my Plaid Cymru portfolio and I was pleased to raise the issue of dental care for people in residential care homes for my first short debate in the Senedd before summer recess. This year, the theme of the International Day of Older Persons - “Digital Equity for All Ages” - is a timely one. Many services that once were staples of every town and village centre, have now gone online. This process was already well underway before the coronavirus pandemic struck, but matters have accelerated in the last 18 months. Older people living outside of cities or major towns are now expected to learn how to bank online as rural branches and many town centre branches have vanished as bank corporations – many of whom were bailed out with public money in the UK – have sought to increase margins at the expense of customer service. While some older people have adapted and learnt how to use technology, many haven’t got to grips with it and never will.

As services go online, there has been a corresponding increase in cyber-crime which has grown increasingly sophisticated. This is now one of the major crimes being dealt with by Welsh constabularies daily. During a recent briefing with Gwent Police Chief Constable Pam Kelly, it was revealed that many new recruits are being trained in dealing with cyber-crime as the force adapts to the increasing number of online scams which invariably target older people. This is to be welcomed as improving detection and prosecution rates for a crime which can be notoriously difficult to solve due to the international nature of many of the scam artists, would send out a clear message to perpetrators that there is no hiding place for them.

Coronavirus has also had an impact on public transport. Bus services have dropped off the timetable for many of the communities I represent since the first lockdown. This was brought home during a street surgery at Ebbw Vale market last week. During the many conversations I had with town centre shoppers, far and away the number one complaint was the lack of bus connectivity, especially for the more isolated communities on the outskirts of Blaenau Gwent. Pensioners spoke to me and my team about their sadness at the loss of direct bus services from Ebbw Vale to Cwmbran and Newport. They also said the flexi bus service - which has replaced several local routes in Blaenau Gwent - just doesn’t work for them. This was billed as an innovative way of revolutionising public transport, but many older people cannot use the app and say booking the bus service over the phone is not straight forward, leaving many feeling lonely and isolated in their homes and communities.

I know these matters are already on the radar of some key policy makers and policy influencers in Wales. I had a productive meeting with the Older People’s Commissioner earlier in the summer where we discussed their work to highlight and overcome barriers for older people. It is great to know that here in Wales we have a champion for a significant section of society who are often overlooked by policy makers across the world. The Commissioner’s State of the Nation report – released later today - analyses the impact of coronavirus upon older people. It will make for interesting reading, and I hope it is something that the Government will act upon swiftly to improve the lives of older people in Wales.

I recognise that improving services to make them more accessible and friendly for older people does not just fall on our government, however. It will involve all aspects of society coming together to make the 21st century a friendlier place for older people. The UN International Day for Older People is calling for a collaborative effort between public and private spheres to tackle the way in which technology has left older people behind. Within the detail of this year’s theme are several objectives which would make a real difference. It calls for an increasing awareness of the importance of digital inclusion, to explore the role of policies and legal frameworks to ensure privacy and safety of older persons in the digital world and to address barriers to availability, connectivity, design and affordability.

This boils down to making a concerted effort to make essential services like banking, buying goods and services online and public transport more accessible for older people. Given Wales’s ageing population, this is an issue that will only grow more problematic as the years roll by. There is no time to waste.