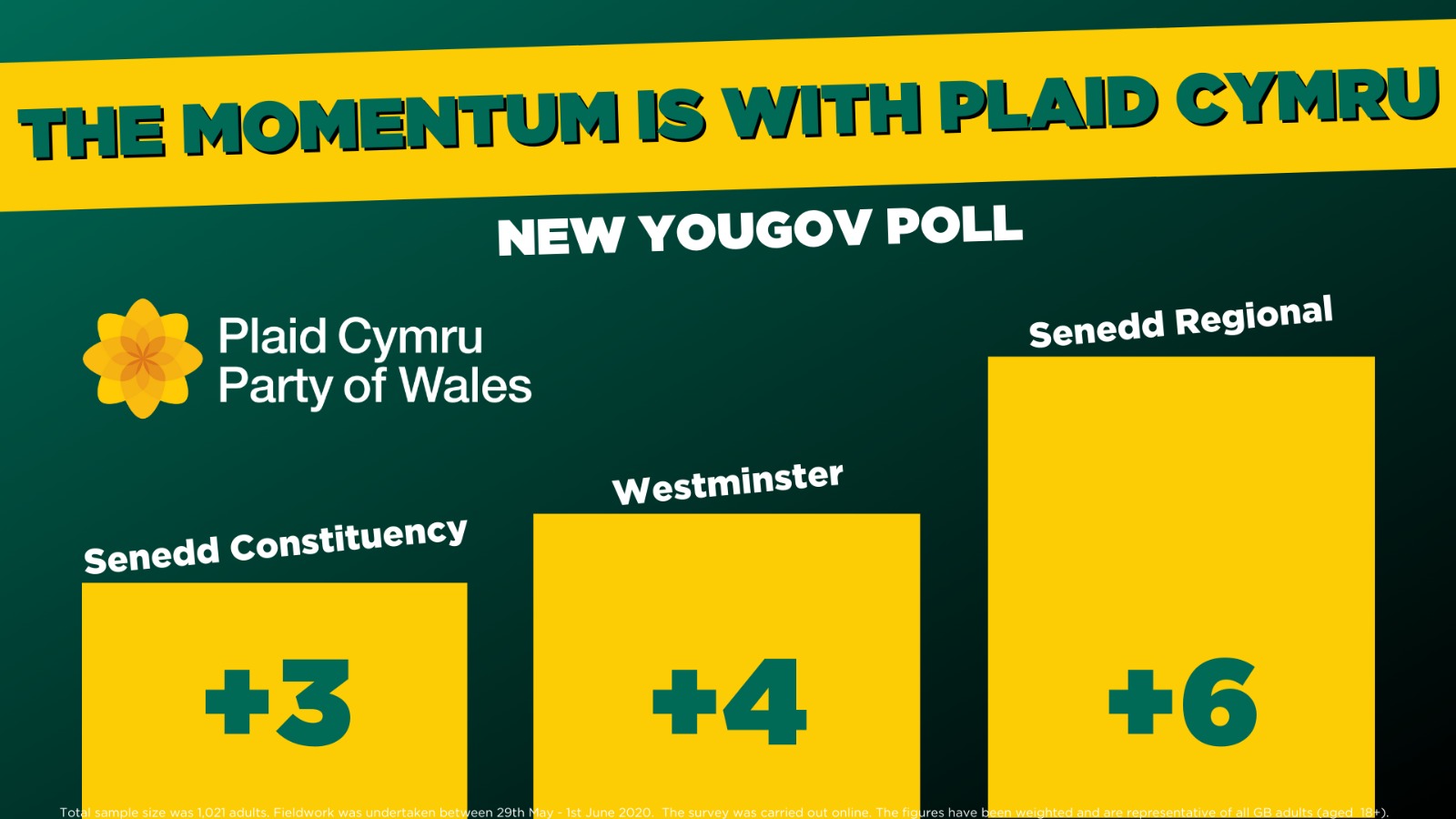 Plaid Cymru have seen the biggest rise in support for voter intention for the Senedd elections next year a new poll has revealed.

The latest Wales Barometer Poll for ITV Cymru Wales and Cardiff University shows support for Plaid Cymru increased to 22% - up 3 points, for consistency voting intention and up to 24% in the regional list voting intention - up six points.

The poll also shows that support for the Conservatives has fallen dramatically.

A Plaid Cymru spokesperson said the momentum was “firmly with Plaid Cymru”.

“This poll clearly shows that momentum is firmly with Plaid Cymru with the biggest rise in support for voter intention for the Senedd elections next year.

“We have consistently held both Labour and the Tories to account over their mishandling of the Coronavirus crisis. The people of Wales have seen what we can do in opposition and they know that we will deliver on real change in Government.

“With less than a year until the Senedd elections, a vote for Plaid Cymru on 6th May 2021 is a chance for the people of Wales to declare their independence from old ways of thinking and old ways of voting.

“Whilst both Welsh Labour and the Tories hang on to a broken Westminster establishment crippled by its own chaos, Plaid Cymru stand tall as the only real alternative that can deliver change for the people of Wales and is the only party that will change Wales - forever.