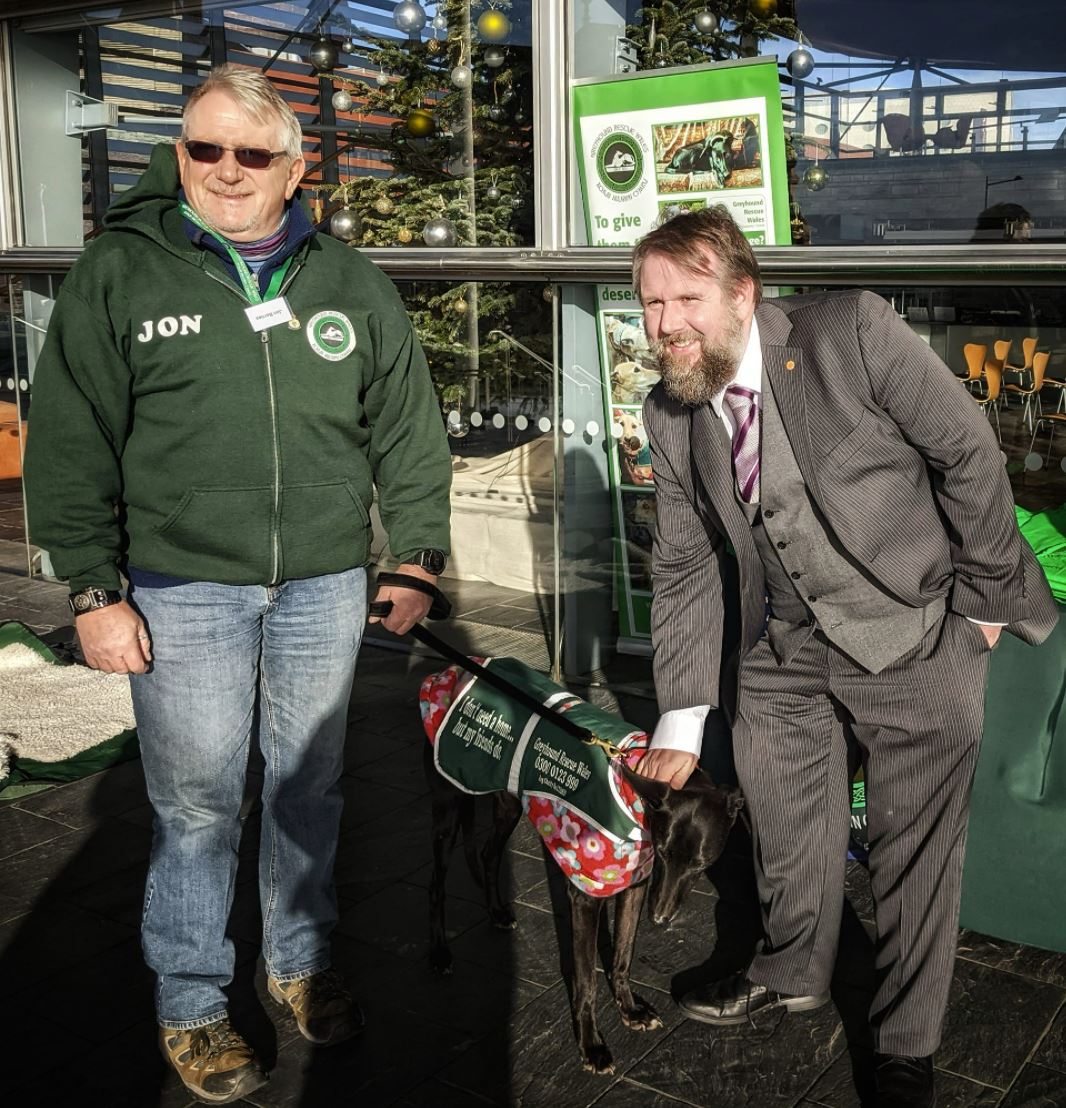 A Plaid Cymru MS has called on the Welsh Government to ban all greyhound racing.

Peredur Owen Griffiths, who represents the South Wales East, said his region has the only remaining greyhound racing track left in Wales. Charities working to rescue greyhounds say they have taken in scores of greyhounds from this track in Ystrad Mynach alone.

During questions to the Rural Affairs Minister, Peredur said it was time for Wales to join the much of the rest of the world in banning this activity.

“In my region, there exists the last remaining greyhound racing track in Wales,” Peredur told the Senedd.

“This track is also independent, meaning it is not subject to any regulation or licensing requirements.

“There is no requirement for a veterinary presence or welfare oversight in place, as it stands. Hope Rescue say that, in the last four years, they have taken in 200 greyhounds from this track—40 of these sustained injuries.

“They fear this will increase when the track is due to become licensed later this year.”

Peredur added: “There are only eight countries left in the world where greyhound racing is still allowed. Minister, is it not time for us to follow suit and ban this activity on the grounds of animal welfare?”

In reply, Rural Affairs Minister Leslie Griffiths said it was something she was “looking very closely at” but “would have to look at evidence, consultation…and  It will all take a little while, and, obviously, legislative capacity would have to be available for me to do that.”