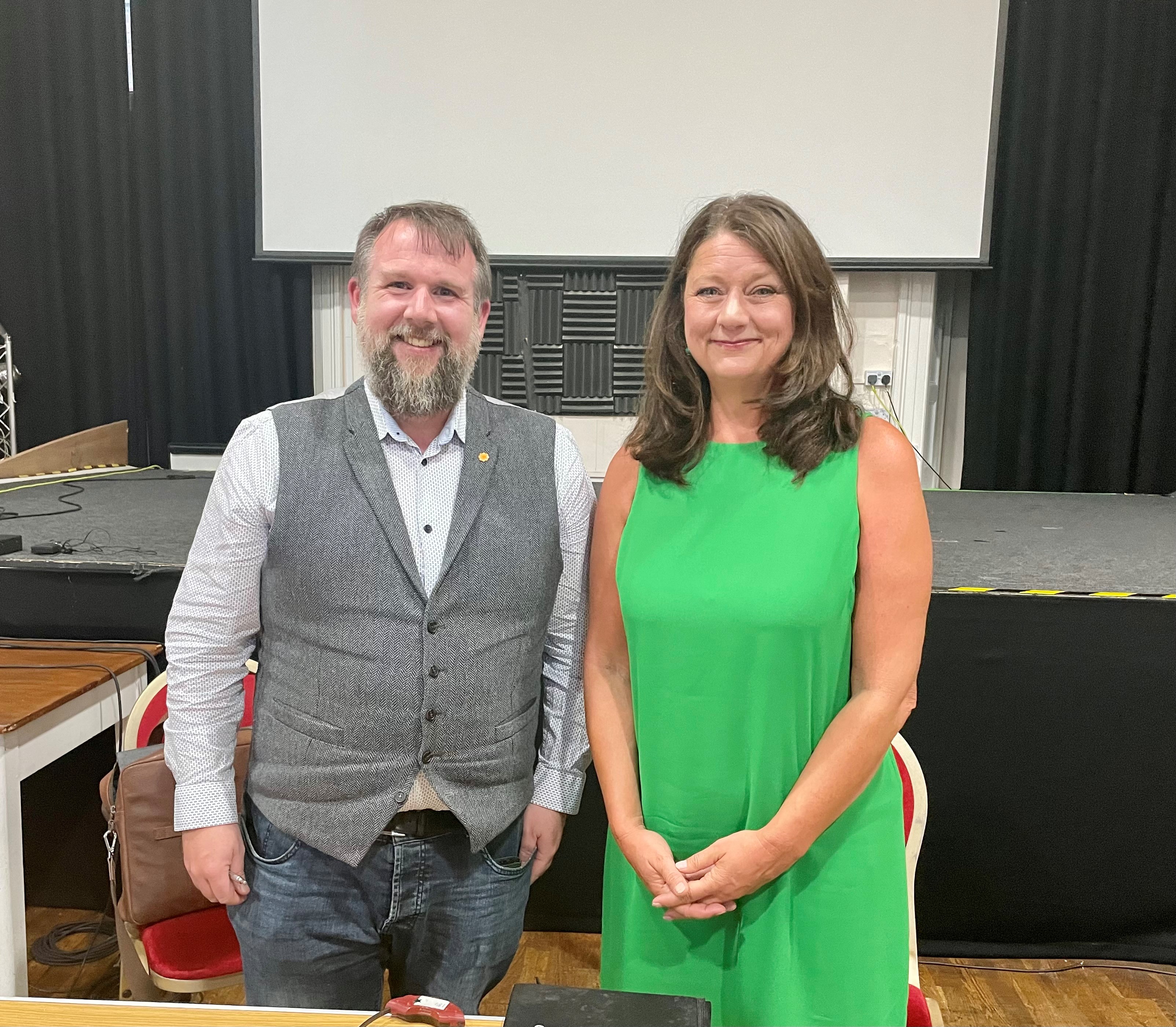 The event, which was held at the iconic Ebbw Vale Institute, was chaired by one of the area’s regional MSs, Peredur Owen Griffiths and was attended by more than 40 people.

The session covered a variety of constitutional options for Wales to consider in the coming years and pondered issues such as how to make politics more transparent and how to involve more young people in politics.

The event was the last in a series of meetings around Wales conducted by Leanne. She is the Plaid Cymru representative on the Independent Commission on the Constitutional Future of Wales.

Peredur said: “It was great to welcome people to a public event after a few years of online events due to the pandemic. In the audience we saw some familiar faces as well as some people who were attending their first political meeting.

“The discussions we had in the room were lively and enthusiastic. There was a wide range of opinions expressed about how we can take Wales forward and create a fairer and more prosperous country.

“There was a fair amount of common ground in the room that the current system is broken and does not serve Wales very well.

“If anyone is yet to submit a response to the Independent Commission on the Constitutional Future of Wales then I would urge them to have a say on what could be a pivotal commission for our future.”

To have your say, please click this link before the end of this month: https://www.smartsurvey.co.uk/s/22MWBF/