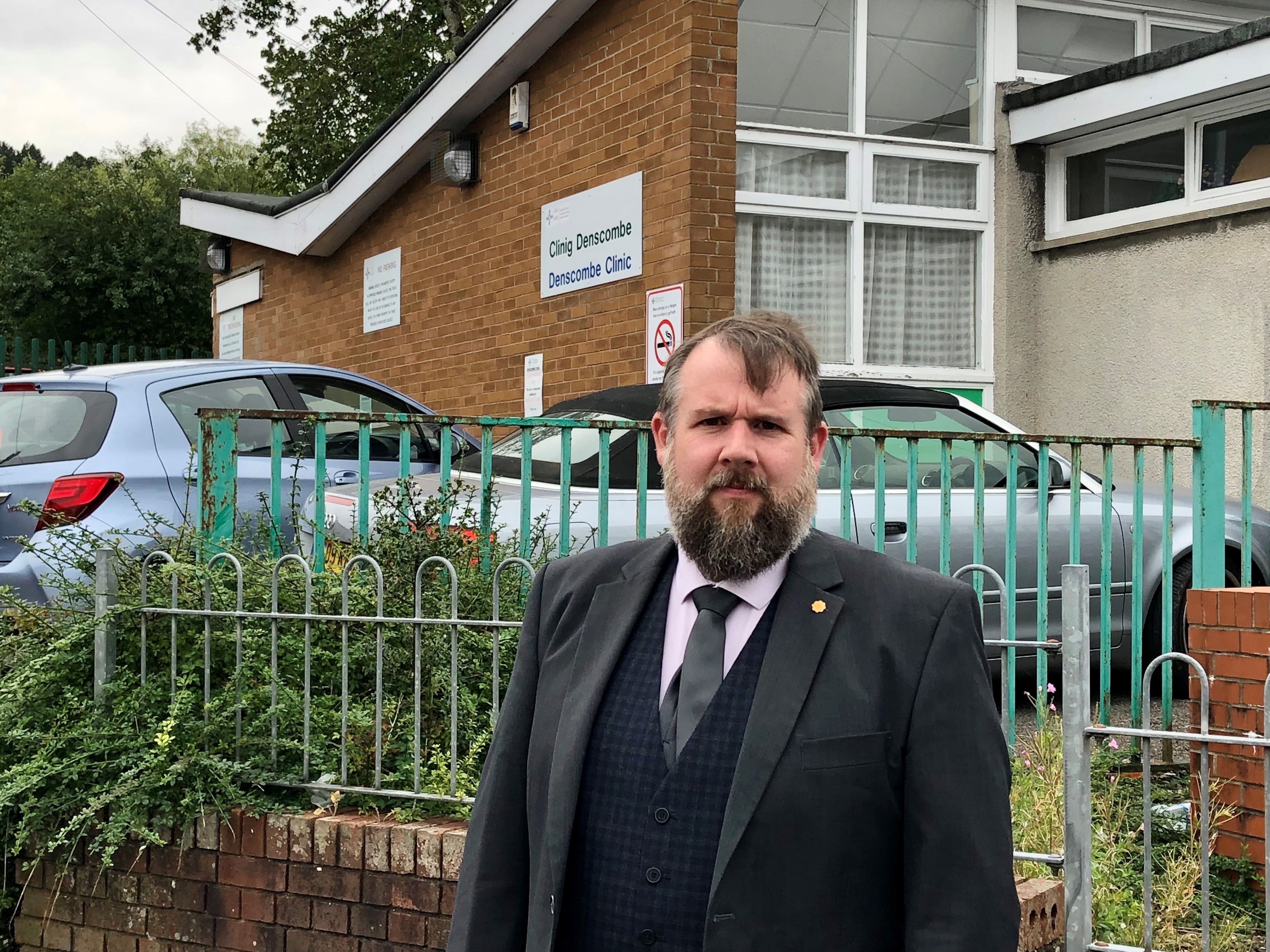 A Plaid Cymru MS is calling for NHS workers at a Caerffili clinic to be allowed to park at work without intimidation or fear of being ticketed.

Peredur Owen Griffiths MS, who represents South Wales East, wrote to Judith Paget - the Chief Executive of Aneurin Bevan -  after a constituent contacted him about the situation at Denscombe Clinic in Caerffili town centre.

Peredur was told that staff at the family planning clinic have difficulty parking at the clinic due to the car park’s popularity with town centre shoppers. Many staff have had to park on neighbouring roads which, because they only have a two-hour time limit, has left some staff with fixed penalty notices if they have been unable to move their car in time due to work commitments.

In his letter to Ms Paget, Peredur wrote: ‘Given its close proximity to the town centre, reserved parking spaces for clinic staff are often being taken by shoppers.

‘This has left staff with nowhere to park on some occasions. Occasionally, staff have been verbally abused when they have challenged someone parking illegally in one of their reserved spaces.

Is this something that you are aware of and monitoring? If not, will you consider the situation at the Denscombe clinic being policed effectively in the coming weeks and months?

‘This would allow staff to park outside their place of work and it will send out a clear message to anyone thinking of parking illegally that it will only result in a ticket.’

In reply, Ms Paget wrote back: ‘Following receipt of the concerns raised I requested that a review was undertaken by the Estates Manager and Facilities Manager who have overall responsibility for Caerphilly and the Caerphilly Health Visitors Manager, whose team is based at the clinic, who I understand has already personally tried to implement changes to alleviate a very stressful situation for all staff who work at the clinic.

‘The Health Board is acutely aware that the clinic has limited parking and the surrounding roads have a 2-hour maximum parking time limit. I understand that, on occasion, staff have had to leave in the middle of a clinic to move their cars in an attempt to avoid being issued with a fixed penalty notice and are regularly intimidated by other road users who feel they are able to park in the clinic car park as they live in the vicinity.’

Ms Paget added that Caerffili County Borough Council had been contacted on ‘several occasions’ to request parking permits for staff during operational hours but the requests had been declined. She said the health board is also investigating whether bollards and an intercom system could be fitted at the clinic but this may not be feasible due to limited space on site. She also said that ‘staff resourcing issues’ meant that the car park could not be monitored.

She added: ‘I hope my response provides you and your constituent with reassurance that the Health Board are committed to ensuring that our staff are able to park safely in their place of work, and although this is an ongoing situation, it will be closely monitored to support a conclusion for both staff and patients at the clinic.’

In response to the correspondence, Peredur said: “NHS staff should be able to park outside their place of work without fear of intimidation or fear of incurring a fixed penalty notice. The current situation at the Denscombe clinic is not tenable and it is not acceptable.

“In fairness to the health board, they seem to have tried to resolve the situation but have not had much co-operation from the local authority. I will be contacting the Labour Council Leader to see if they will change their mind and lend a hand to sorting this situation out for the sake of the staff at the clinic and the people they serve.”