Give Carers and ALL Care Home Staff the £500 bonus 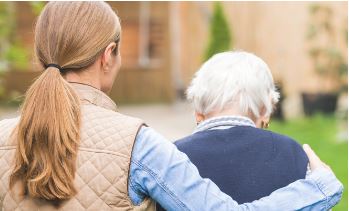 The Welsh Government announced on the 1st of May that all social care workers will get a cash bonus of £500 each at a cost of £32.2m.

However, the care the 370,000 unpaid carers in Wales provide is worth an estimated £8.1bn to the Welsh economy, but because they aren’t registered as social carers they will not receive the same cash payment as paid carers.

Ms Jewell questioned what recognition there will be for unpaid carers who aren’t eligible for the scheme.

Scottish payments of £230.10 have been proposed as part of emergency coronavirus legislation by the Scottish Government and if approved by MSPs will be automatically paid to around 83,000 eligible carers in Scotland in June.

“All staff who work in a care home setting and all unpaid carers should receive the £500 bonus payment which has been promised to registered carers.

“Unpaid carers in Wales and those not on the care register must be given parity of recognition because the care they provide is just as selfless, and just as invaluable, as that provided by paid carers and those on the register.

“Scotland is taking steps to provide that parity of recognition – that should be mirrored here in Wales.

“Cleaners and the catering staff at care homes put their own safety at risk every day they go to work. They deserve to be treated as equal members of the team of people who run care homes, and should be included in the Senedd’s bonus payment scheme.

“A one off payment is the least we can do to show care workers we value them, but in the medium term we must look again at how we treat and pay care staff. Plaid Cymru has called for all carers and health workers to receive a permanent pay uplift

“This pandemic has forced us to look at which jobs in our society are essential, and those who look after and support the most vulnerable in our society deserve to be recognised for the incredible contributions they make.”